This issue has been driving me crazy for years. Tap water is cleaner, safer, a ton cheaper, and better for the environment than bottled water. Add to that that it takes 3 times the amount of water than is actually in the bottle to make the bottle, over 17 billion barrels of oil are used in the production of plastic water bottles each year, and only 12% of plastic water bottles are recycled. And, the plastic that is actually recycled, cannot even be used for food packaging or to make new plastic water bottles! The US government has worked very hard over the years to ensure that US citizens have access to clean, safe, almost free drinking water. This is only a dream for many world citizens. And yet, most Americans buy flats of plastic water bottles from Costco and shun their taps, claiming that it is dirty or doesn't taste good. This is simply not true! It is cleaner and safer than bottled water, and in taste tests, Americans have been unable to distinguish water from different sources. It is astounding, but true, that Americans drink more bottled water than they do beer or milk!

For me, learning the facts about bottled water made quitting an easy choice. I have a stainless steel water bottle, an aluminum water bottle, and several Nalgene bottles that I fill with water from the sink and drink at my leisure. It tastes great, it nourishes me, it is always available, and it is free. For some reason though, most people are extremely attached to their bottled water addiction. When confronted with facts about plastic water bottles, they enter into denial. "No, the tap water here isn't clean," "the tap water tastes gross, I can tell the difference," " I put them in the recycling bin." Why are people so scared to admit that plastic water bottles are bad news and simply use a reusable bottle and the water from of their sinks? The answer is extremely relentless and successful advertising and brainwashing.

Bottled water first became fashionable in the 1980's when people began looking for a healthful alternative to noontime martinis during business lunches. Perrier and Pellegrino, sparkling European mineral water served in green glass bottles, were served in fancy restaurants in a similar way to a wine or liquor bottle service. Because, despite all the decoration, it is still essentially water, these products were not prohibitively expensive. Regular people could also choose to forgo the free tapwater and spend $6 on a bottle of sparkling mineral water and it was seen as a sign of class or good taste. Celebrities only drank bottled water, and anyone else could too. Soon, bottled water was being marketed as pure, straight from nature, healthier than tap water and should be drank exclusively not only as restaurants but at home, too. Things really got cracking when Coca-Cola and Pepsi jumped on board and declared war against tap water; a Pepsi VP is widely reported as stating "the biggest enemy is tap water". Ad campaigns were created with celebrities endorsing different water brands and bottled water became available from more and more vendors. Now, bottled water is so ubiquitous that it can even be bought at McDonalds. One can't really blame the businesses though, they are taking water out of the ground or in some cases straight from a faucet and selling it for $2 a bottle. The profits are amazing ($86 billion/year, in fact)! The ones to blame are really all the people that are continuing to fall for this ridiculous scheme. 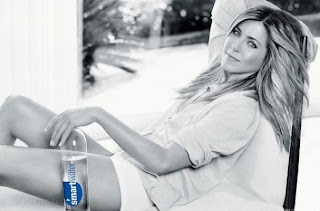 Here's a confession: during the late 90's and very early 2000's, I was a major consumer of plastic water bottles. As a middle class kid exposed to lots of advertising, bottled water was a cheap way to be a little snobby. With the Hamptons right next door, my friends and I were always looking for ways to appear a little more high class and delighted in acting spoiled. My mom also enjoys pretending to be a little upper class and loves her coach bags, "expensive" wines, and bottled water. When my mom and I went out to eat together and the waitress asked "bottled or tap?", it felt good to say "bottled." We got a thrill out of feeling like we knew the "right" answer and we could afford to spend the extra couple dollars. At home, my mom brought home flats of Poland Spring water from BJ's (a Costco like store in NY), and I drank these religiously. I did not even have a reuseable water bottle, so If I was going to drink water, it was going to be a bottle of Poland Spring. I believed that if I drank more bottled water, I would lose weight and my skin would clear up, so I consumed A LOT of plastic water bottles. It was not until I was in college and learning more about the world, the effects of bottled water, and becoming less self-absorbed, that I finally learned to love tap water and be proud of it. Despite this, I had already caused a huge amount of damage with my recklessness and I continue to feel ashamed.

Now when I see someone drinking from a plastic water bottle, it makes me cringe and I feel compelled to share all the facts about bottled and tap water. Maybe that is obnoxious, but I really can't help it. It seems like such an easy, simple choice to me, and if people just knew the facts, they wouldn't buy plastic water bottles anymore. As a teacher, I share the issues surrounding plastic water bottles with my students, hoping that they will demand change in their homes. Some students are able to grasp the impact of their decision, but others refuse to see it. This summer, while teaching Marine Conservation Issues to high school students receiving college credit, I gave a lecture on pollution and the problems with plastic in the marine environment. Then, we headed out to the beach on a small Caribbean Island and picked up hundreds of pounds of plastic that had washed up on the beach. Later that day, the kids were thirsty after working hard and they all bought water, juice, and soda in plastic bottles (water is not the only thing in plastic: soda, iced tea, and juices in plastic are just as harmful - Choose Aluminum)! I was angry, upset, and defeated. I told them they were not allowed to buy plastic bottles for the rest of the trip, which may have instilled a habit in them for a little while, but really I wanted them to make that choice on their own. I am learning though, I cannot force people to care about this issue, I can only give them the facts and hope for the best. My own parents continue to break my heart as they relentlessly consume beverages in plastic bottles.

I am not sure what it will take to change the habits of a nation. Perhaps a marketing campaign as extensive and aggressive as the one that originally convinced us to drink from plastic bottles? Sadly, environmental groups do not have the kind of reach or funding that Coca-Cola does. I think I have no choice but to continue bugging and annoying my loved ones and students, begging them to change their habits. 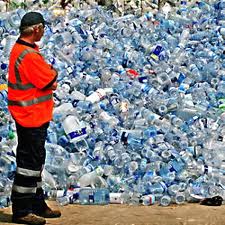 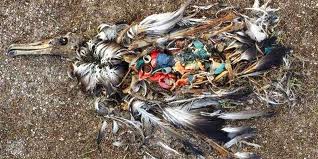 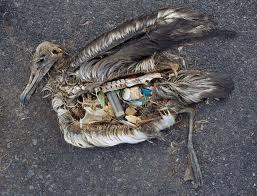 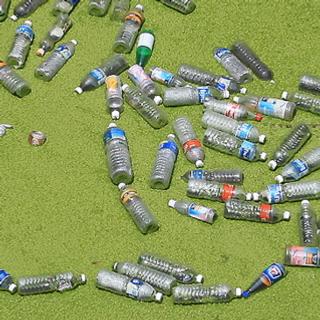 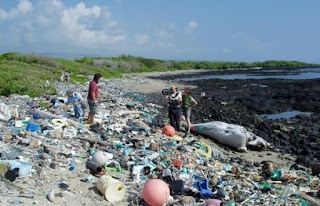